Otley Golf was very proud that the Gent's Captain of 2012, Paul Darby, accepted the nomination for the President of the Harrogate Union of Golf Clubs for 2017. Paul was a popular and hard-working Captain and he brought these ethics with him and proved to be an ambassador for the Union. It was a busy year as demonstrated by the following reports:

Paul Darby’s year as President of the Harrogate Union got off to a promising start when the H.U. First Team played a pre-season friendly against the Union Junior team at Otley. Otley received many compliments on the condition of the course, particularly pleasing as this was only the second day of April and also on the friendly welcome that all the visitors received. This augured well for the many Union events that Otley, as the ‘home’ Club of the President, will be hosting during the year. The second of these was the Union AGM held on Thursday 6th April and the occasion when Paul actually assumed office. After the formal part of the evening had been completed, Paul was well-supported on the first tee and then again in the hall for the ‘hanging’ of the President. It goes without saying that Paul will receive the full support and best wishes from all Otley Golf Club.

These wishes of support were very obvious as 33 members supported Paul's Harrogate Union President's Day held at Otley on 14th May. The weather was bright and the course was in excellent condition, a fact much remarked on by the many visitors and something that the 'home' players were able to particulalry enjoy. This was certainly evident as eight of the top ten places were filled by Otley members. This included Dan Clark-Coates and Junior Captain Alex Harm who finished first and second respectively, their positions determined by a count-back after both had scored 37 points. A fantastic result and a great start to Paul’s year as Union President – see pics..

Harrogate Union President's Day for Ladies was held at Otley on Thursday 17th August.  A large field of ladies totaling  about 113 supported the day from most of the clubs in the Harrogate Union and none more so than Otley Ladies who entered 13 teams. The day started a little damp but then the sun came out and most of the day was bright sunny and warm. However a very heavy downpour occurred mid-afternoon making for tricky conditions for the later starters.  Again the ladies provided baking for the halfway house and this time a team of men including Club President and  Gents Captain provided the refreshments at the most welcome halfway house.  The course was in good condition despite the recent workings to the greens and the dry weather allowed for good scoring in a very close competition of 4BBB Stableford.  Otley ladies Helen Grantham and Morag Wilkinson were victorious on the day with an excellent score of 42 pts.  4 other pairs all tied on 40pts including another Otley pair Janet Wood and Pauline Lee who finished 5th on a countback. Patsy Rochester from Oakdale was nearest the pin on the 15th. Full results can be found on the Harrogate Union website.  At the end of a long day Ladies Captain Pat Harrison thanked the President and  the team of HU officials for all their hard work in organising these competitions and ensuring a smooth running of the day as did the winning ladies who, along with the other winners,  were presented with their prizes by Mr President at the Prize Presentation to conclude what was an excellent and busy day of golf. Below is a selection of photos from the day. Further photos can be found in News and in social photos. 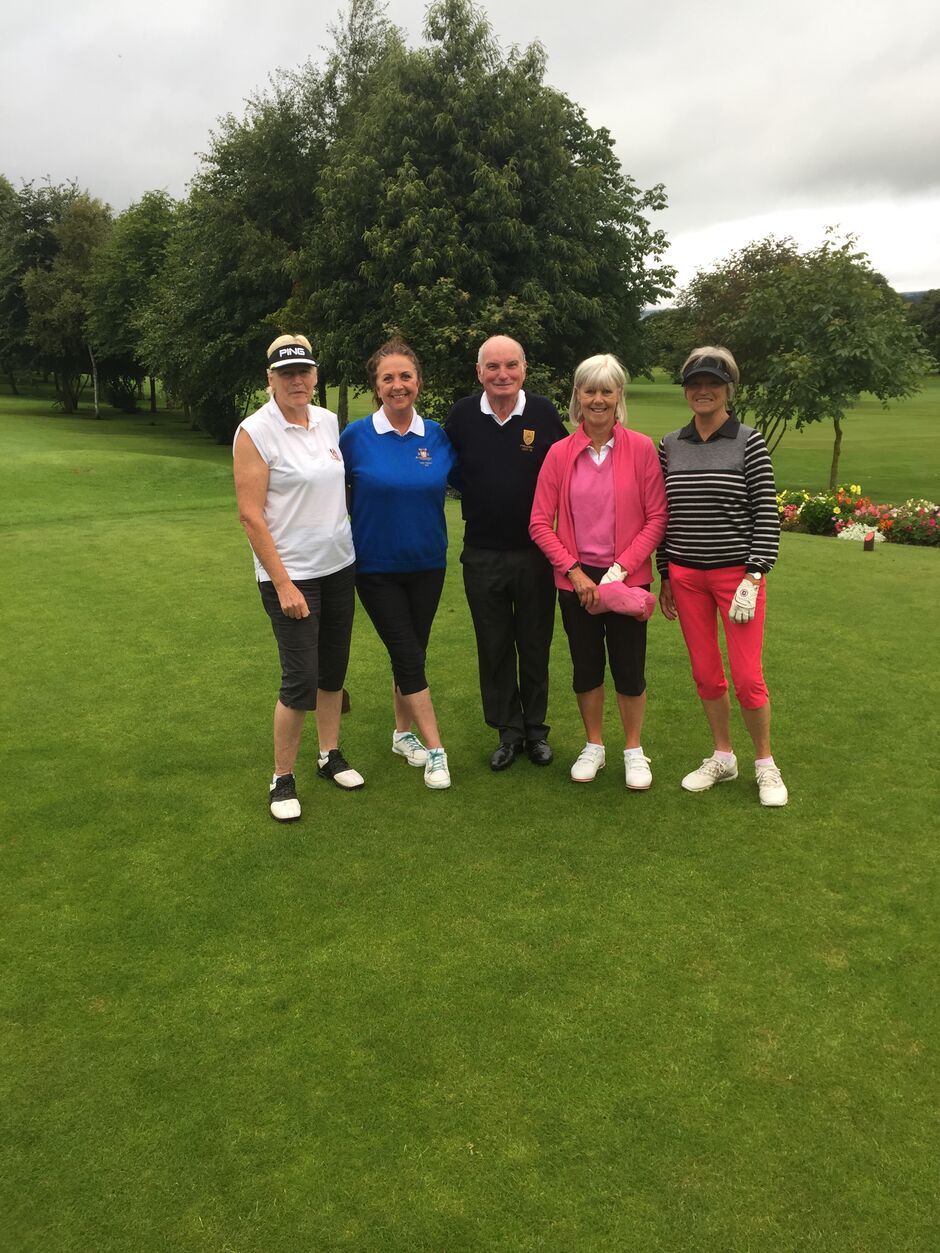 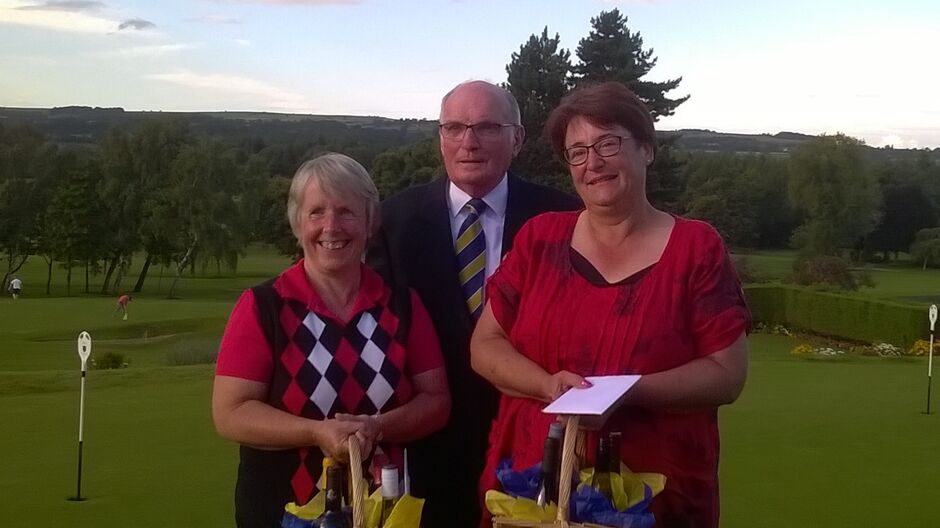 HU President Paul Darby has had a busy week with the Senior Ladies Championships taking place at Ilkley on Thursday 14th September.  The sun shone for most of the day but there were a few passing showers which made conditions difficult for some but 2 Otley ladies had success with Sadie Wilyman winning the second best gross score of the day but the outstanding result was for Shirley Coles who won the trophy with the best nett score of the day with 34 pts.   The  accompanying picture shows Shirley  being presented with her trophy. 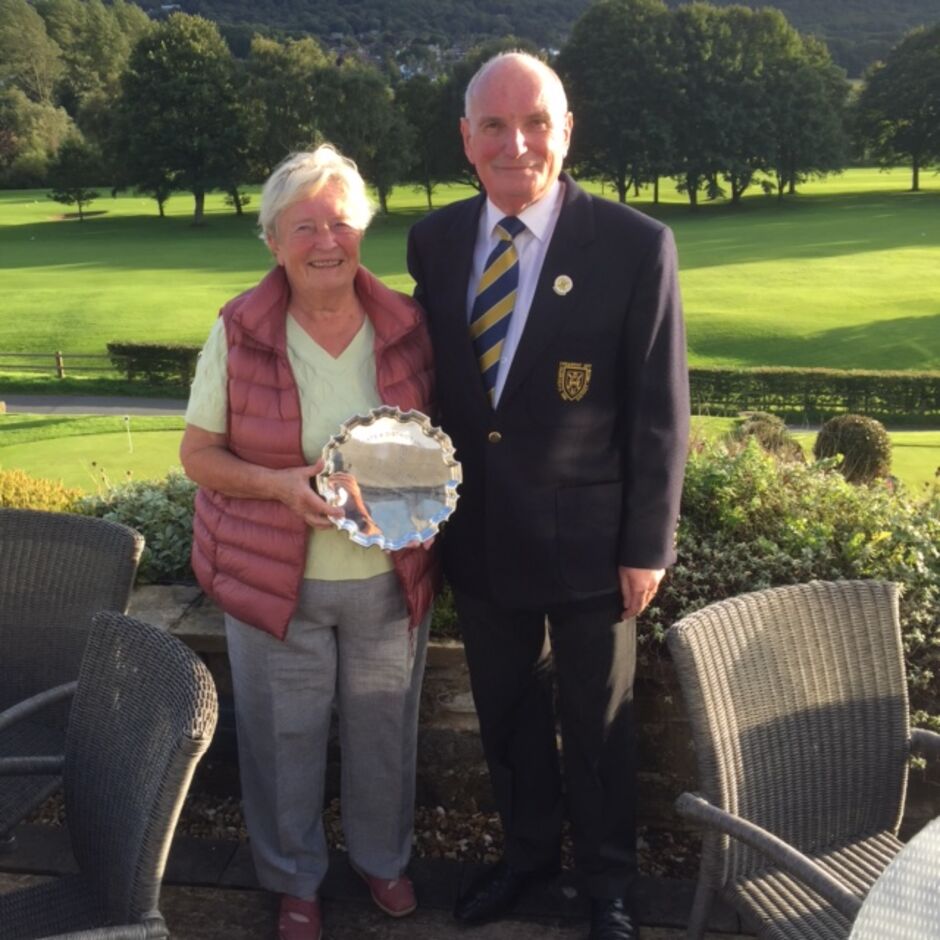 Sunday 17th September saw Otley  host the Harrogate Union matchplay finals  when some excellent golf was on display with some Otley members taking part and performing well.  Outstanding result of the day was a win for John Blears in the Seniors scratch final. Two Oakdale ladies contested the Ladies scratch final over 36 holes and Karen Leake was the winner over Patsy Rochester.  James Gaskell, a member at Bedale was victorious in the Mens Scratch Final beating our own member Craig Bradley.   Below are the winners being presented with their trophies which rounded off a busy but enjoyable year of competitions for Paul to attend and host. 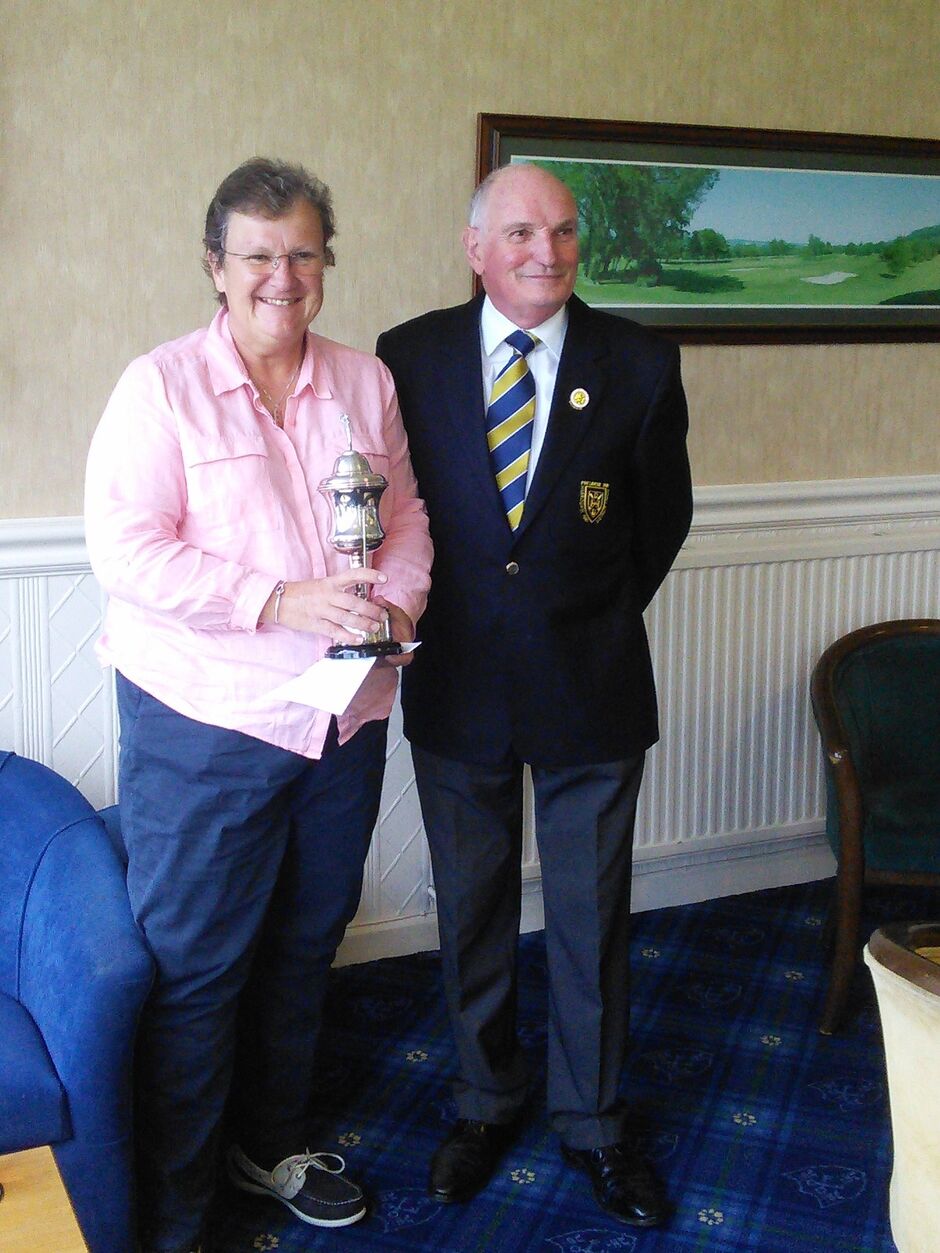 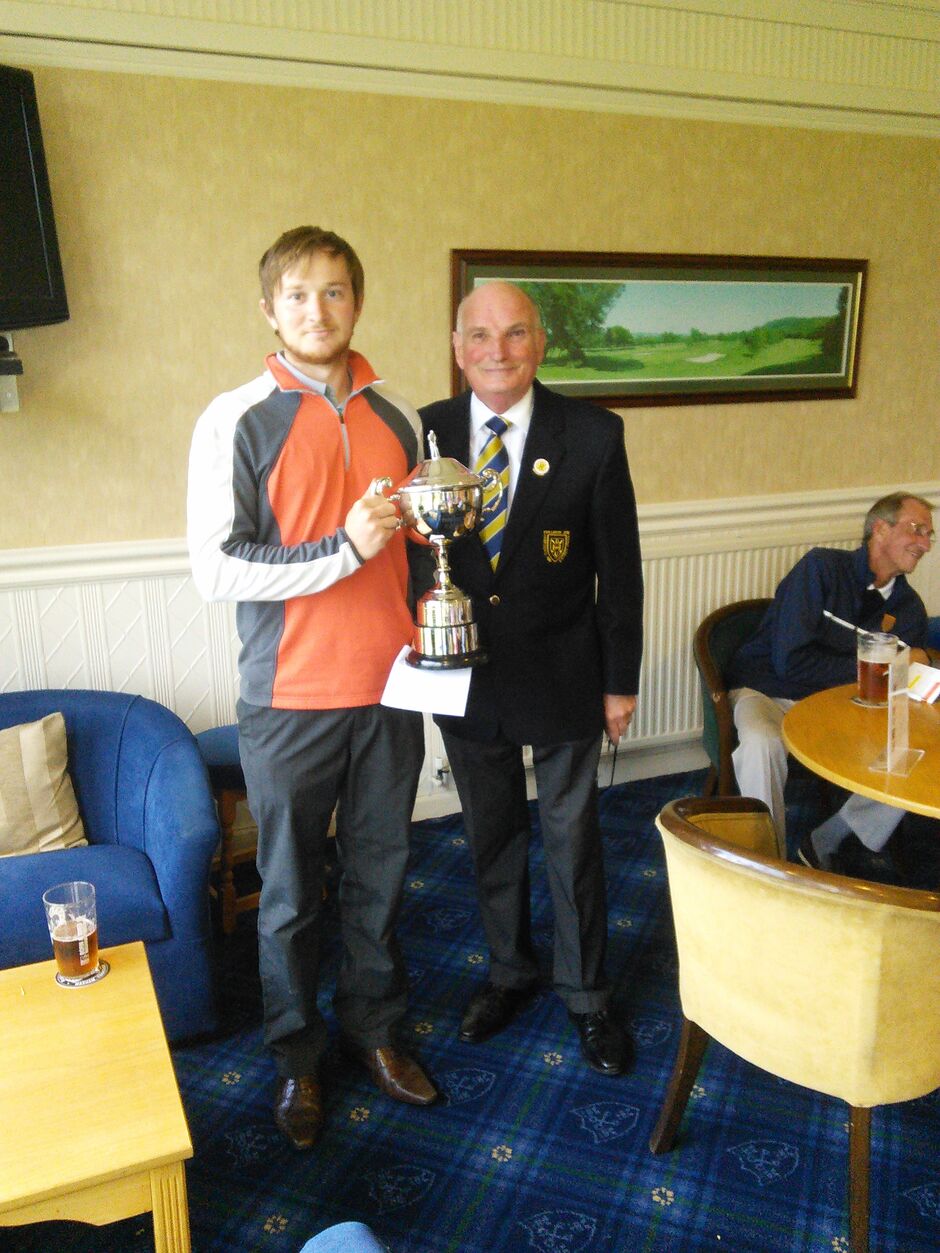 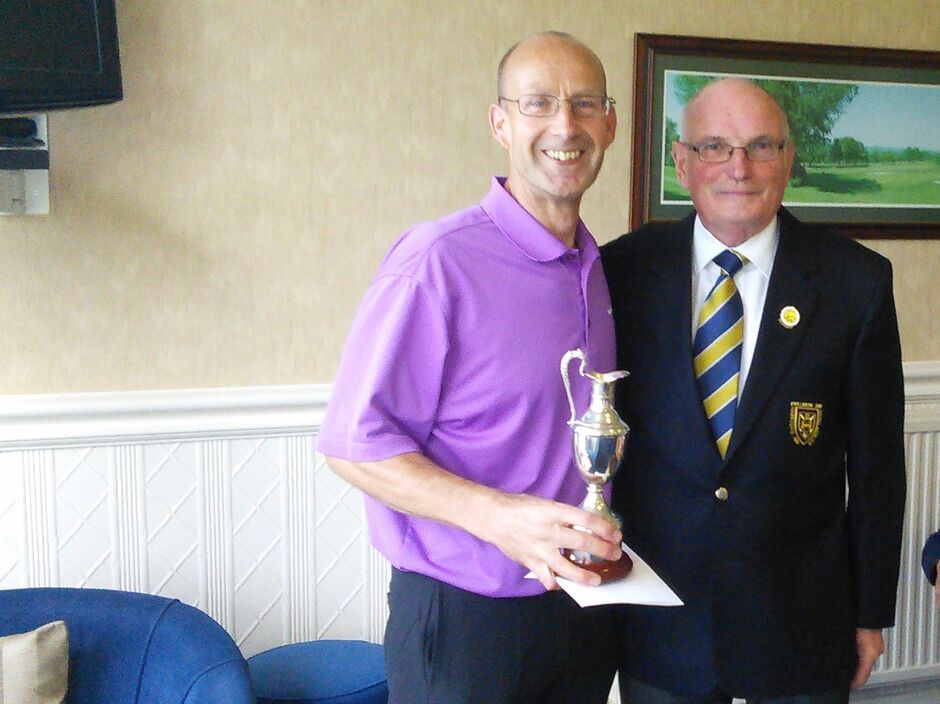